We offer full solution from needle-free sampling to results, want to learn more…

SARS-CoV-2 antibodies identification within the population is a key step to detect and be aware of who has been contaminated by the COVID-19 and produced antibodies in response of the infection. Those tests will able to show how many people have had the disease, including those whose symptoms were minor or even were asymptomatic.

These tests will also help us better understand this new virus including knowledge on the duration and effectiveness of the immune response that have been developed by the human body.

Those antibodies tests can be used in clinical studies, population surveillance or by companies or corporation to optimally organise return to work after confinement. 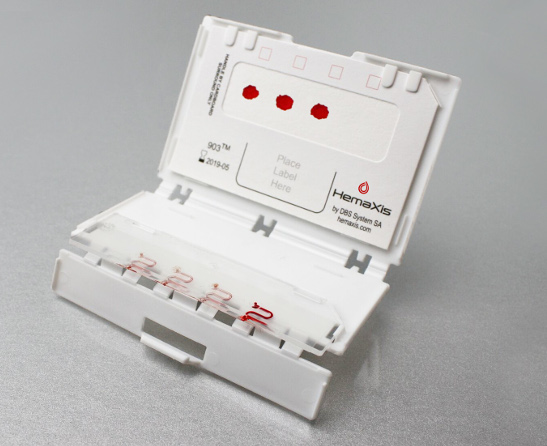 is SAFE, EASY, FAST, ACCURATE is Cost and time attractive is more reliable than rapid tests

HemaXis DB10 an Ideal Solution for

HemaXis DB10 enables the collection of a controlled volume of blood from a simple prick at the patient’s fingertip.  The blood sample is then directly transferred onto a filter paper card, without the need for any other equipment (precision pipette, glass capillary,etc ). The collection can be done by anyone with minimal training.

Once dried, the contamination risk by blood borne pathogenes is limited, and samples are stable at room temperature. HemaXis DB10 devices can be shipped for analysis by standard mail service to the laboratory.

SIMPLIFIED ANALYSIS
Samples can be quickly analyzed in the lab using automated processes, or easily stored for later use

What is tested ? with HemaXis DB10

When in contact with the virus, the immune system reacts by producing IgG antibodies which fight the virus.

Studies show that these antibodies are generally detected in blood after 10–14 days after the onset of the infection.

HemaXis DB10 microsampling blood collection device can be coupled to most of the ELISA kits available on the market, tests have been made on different ones, like for example the Anti-SARS-CoV-2 ELISA IgG from EUROIMMUN and are giving great performances.

These antibodies tests can be used in clinical studies, population surveillance or by companies or corporation to optimally organise return to work after confinement. 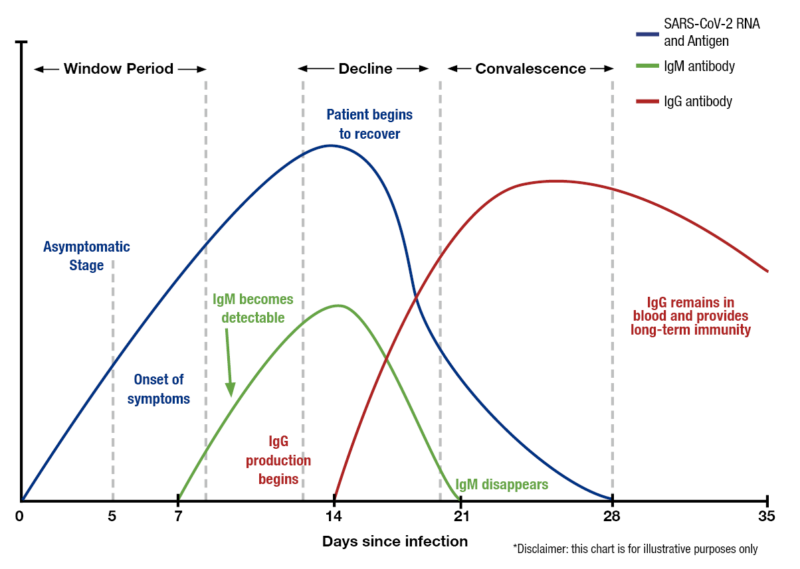 Contact us fo more information on how to integrate HemaXis DB10 into your workflow.